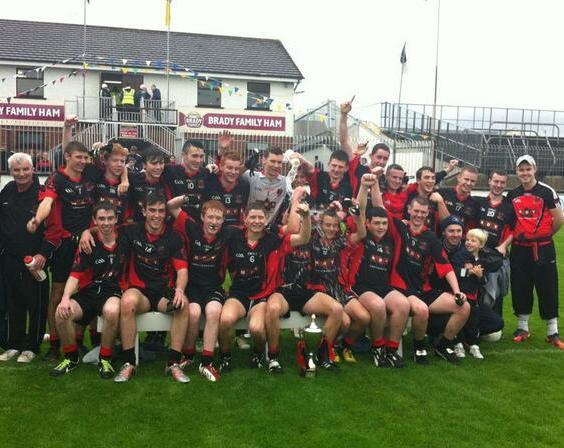 The club was founded in 1945 and played under the name Staplestown GFC. The original colours were green white and gold and remained so until 1963 when the club added St. Kevin's to the Staplestown name and changed their colour to black and red. The name refers to Saint Kevin of Glendalough.

The seventies proved to be the most successful decade for the club when they went from Junior B to Senior. The club played in the senior championship from 1980 to 1990, reaching the semi-final in 1984 where they were beaten by five points by eventual winners Clane.

The holy grail of the intermediate championship was finally achieved in 2008 but it was done the hard way. They played Monasterevan in the final. The first game was to prove a tense affair with Monaterevan leading throughout. With one minute left Kevin's were down by 4 points but a goal was scored before they equalised deep into injury time. It finished 1-8 apiece. The replay was to prove a rather one sided affair with Kevin's winning out 2-9 to 0-6

All of the players who play hurling play for Coill Dubh as they are in the same parish. Coill Dubh in return provides a lot of players for St. Kevin's.