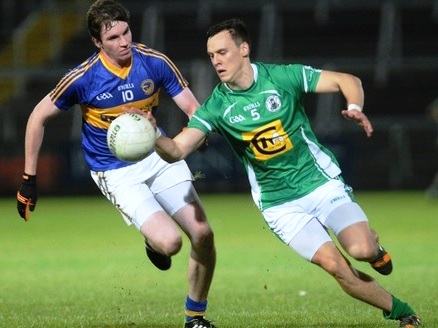 The club was formed in 1904 when local parish rivals, Ballymoyer Emmetts and Tullywinney Sarsfields, came together to form a team at Whitecross which is the centre of the parish of Loughgilly, in south Armagh. They had not long to wait for their first success on the field when in January, 1906 they travelled to Abbey Park, Armagh, to take on the local Armagh Young Irelands (now known as Armagh Harps) - in the final of the county football championship. The newly formed St Killian's emerged victorious by a goal on a scoreline of 2-4 to 1-4. This was to be their only success in the senior championship.
The Club had its new hall and changing room complex opened by GAA President Jack Boothman, on 4 November 1995, and a club history was launched at the Annual Dinner in their new premises during February 1996.

Whitecross were beaten in the 1995 Junior Football Championship Final by Ballyhegan in what became known as one of the best finals at any grade in Armagh football for several decades. They reached the final again in 1996.

The St Killian's Senior team won promotion from the 2nd Division in 2005 and successfully fought off relegation in 2006. In 2007 the team was relegated back to Division 2, but won the Intermediate Championship.