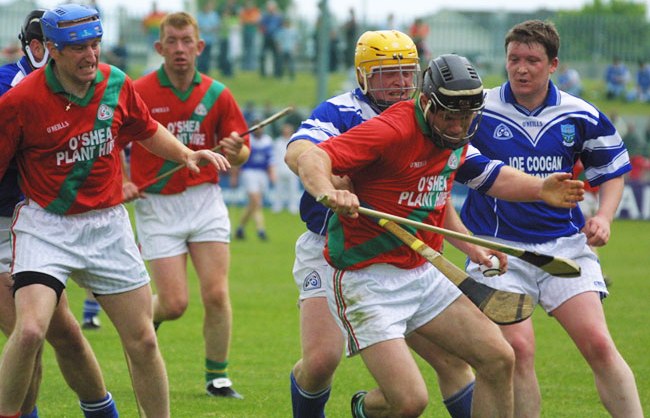 St Martins vs Erins Own

The club was formed in 1982 following an amalgamation of the clubs in the parishes Muckalee, Ballyfoyle Rangers and Coon. Club colours are red with a green sash.

The club was successful at the highest level within just a few years as they won the Kilkenny senior hurling title in 1984 then went all the way to win the 1985 club All Ireland.

The club has been solid at senior level in Kilkenny in recent years and reached the final in 2007 but came up against a great Ballyhale side.

The club has contributed many players to Kilkenny teams down through the years. The most well known of these is Eamon Morrissey. Eamon won back to back All Irelands with Kilkenny in 1992/1993 and won an All Star award in 1990.