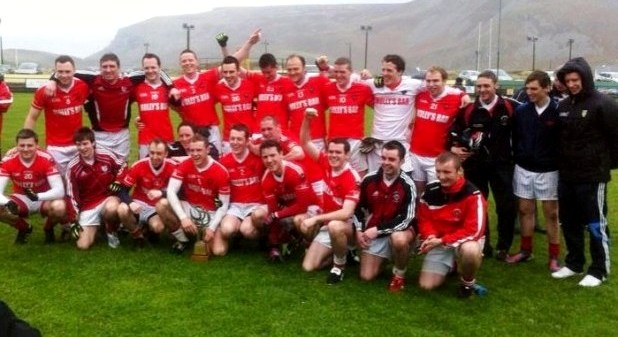 C.L.G. Naomh Mícheál is a GAA club based in Creeslough/Dunfanaghy in County Donegal. The club was founded in 1952. Located in the north of the county, the club is affected by rural issues such as low population and emigration; despite this they play at the top level in the Donegal Senior Football Championship and recently opened a new clubhouse. The club colours are red and white. The club plays at the Bridge in Dunfanaghy.

They contributed six players to the Donegal team that won the 2012 All-Ireland Senior Football Championship Final at Croke Park, including Colm McFadden who scored a goal in the final and ended the season as top scorer. The other five were Antoin McFadden, Christy Toye, Daniel McLaughlin, Martin McElhinney and Peter Witherow.