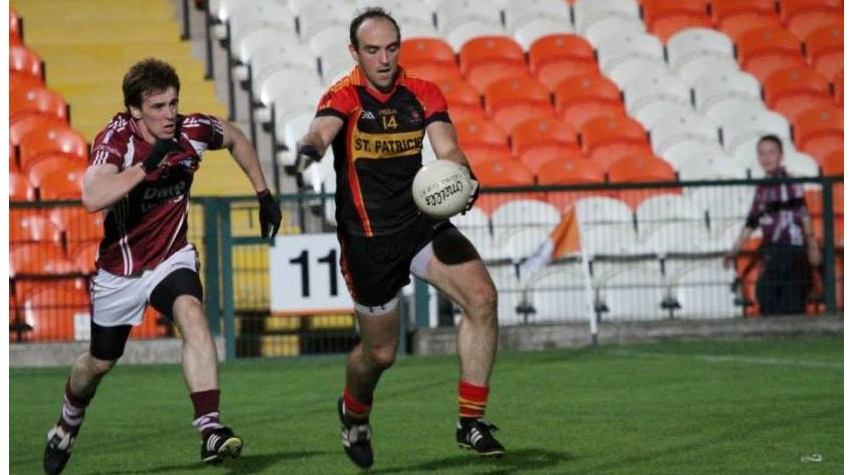 St Patrick's in possession vs Ballymacnab

GAA club in southern County Armagh. It is part of the Armagh GAA, and is based in the townland and village of Cullyhanna. Founded in 1886, club colours are black, red and amber.

The club plays Gaelic football in the Armagh Senior Championship, and the Senior and Junior All-County Leagues. It also fields Ladies' Gaelic football and camogie teams.

The club has won the Armagh intermediate title on three occasions and reached the senior final of 2013.

The club's most well known player of recent times is Ciarán McKeever. Ciarán represented his county with distinction for well over a decade and played for Ireland in the International Rules Series of 2008 and 2010, and again in 2011 when he was vice captain of the team that defeated Australia by 130 to 65.