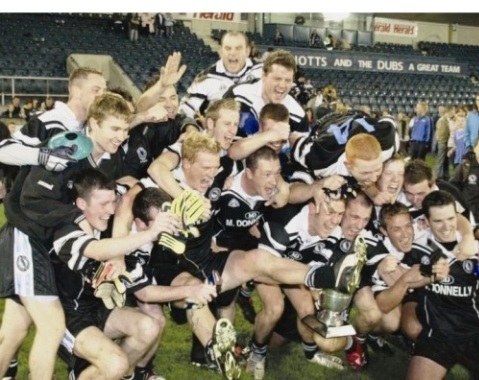 Cumann Naomh Peregrine is a Gaelic Athletic Association club in Clonsilla, Fingal, Ireland. It was founded in 1978 when a group of local people got together with Fr. Joe Madden of the Servite Order and decided to form a GAA Club of their own. Club colours are black and white.

The Club caters for a range of age groups from 4 years upwards in the parishes of Hartstown, Huntstown, Porterstown, Blakestown and Mountview.

St.Peregrines boast one of the finest clubhouses in the country in addition to a 500 seater spectator stand, a gym, astro turf and sports hall. Local rivals include St. Brigids and Castleknock.

The Club is humorously referred to as " The Penguins" because of their strip.