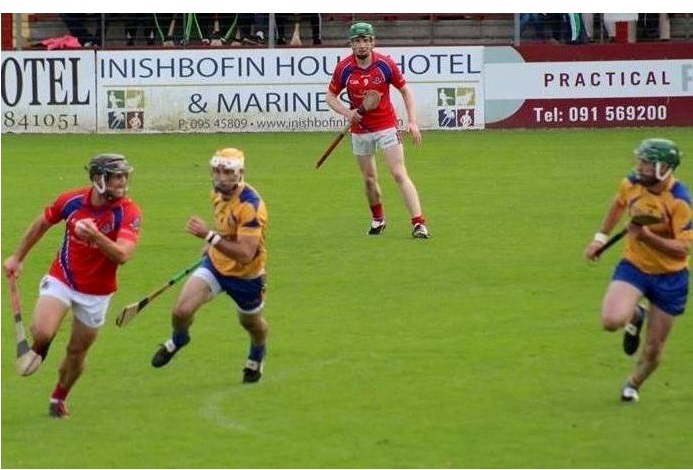 Saint Thomas's is a GAA club located in the Kilchreest, Castledaly and Peterswell areas of County Galway. They won the All-Ireland Senior Club championship in 2013. The club is exclusively concerned with the game of hurling. The club was formed in 1968 when Peterswell and Kilchreest amalgamated. Club colours are red and blue.

They won their first ever Galway senior hurling championship in 2012. In February 2013 they advanced to the final of the All-Ireland Senior Club Hurling Championship after a 0-15 to 0-7 win against Loughgiel Shamrocks. They beat Offaly side Kilcormac/Killoughey to win the All Ireland on Saint Patrick's Day 2013 in Croke Park.

The club has had many players go on to represent Galway at various grades. Some of the most high profile players of recent times include double All Star David Burke, his brother Kenneth who captained Galway under 21's to an All Ireland title, Conor Cooney and James Regan.