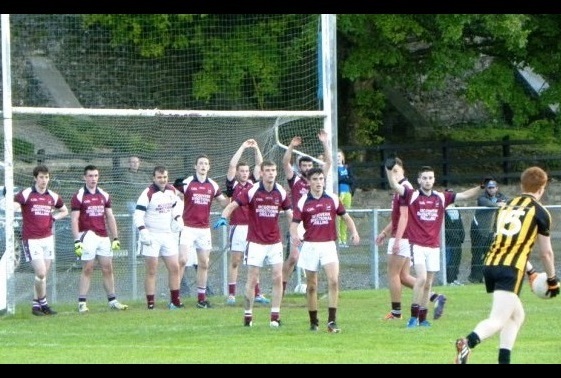 Go for goal! Strokestown vs Boyle

GAA club based in Strokestown county Roscommon. Founded in 1881, club colours are black and amber.

In 1992, the club ended a 59-year wait for the county title, defeating Roscommon Gaels after a replay in the final, and their most recent county title came 10 years later, in 2002, when they defeated St Brigid's in the decider. They reached the Connacht senior final that year, where they lost to Crossmolina of Mayo.

The club have had several Roscommon representatives over the years, with Tom Shelvin, John 'Jigger' O'Connor, Michael Donlon and Damien Donlon among those who played senior championship football for Roscommon.