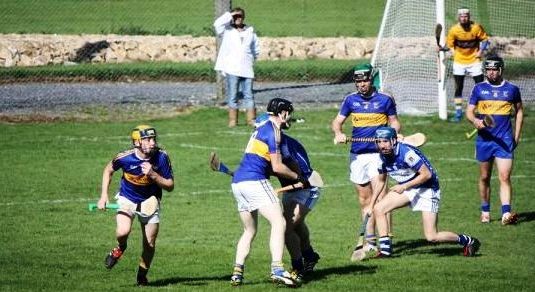 GAA club based in Tallow, in west County Waterford. The club has won the Waterford Senior Hurling Championship four times. Tallow has come very close to adding title number five in recent years; they reached the finals of 2011 and 2015. Founded in 1887, club colours are blue and gold.

Tallow GAA's ground is called Páirc Eamonn de Paor after the former Waterford hurler & coach, Ned Power who taught in the local school through the 1960s, 1970s & 1980s. Ned played for and coached countless Tallow teams in both hurling & football. He was widely regarded as one of the finest and most forward-thinking coach in GAA history, with many accolades and titles associated with his name.

Many players form the club have gone on to represent various Waterford teams with distinction. Just some from recent years include - James Murray, Aidan Kearney, Mark O' Brien and Thomas Ryan.