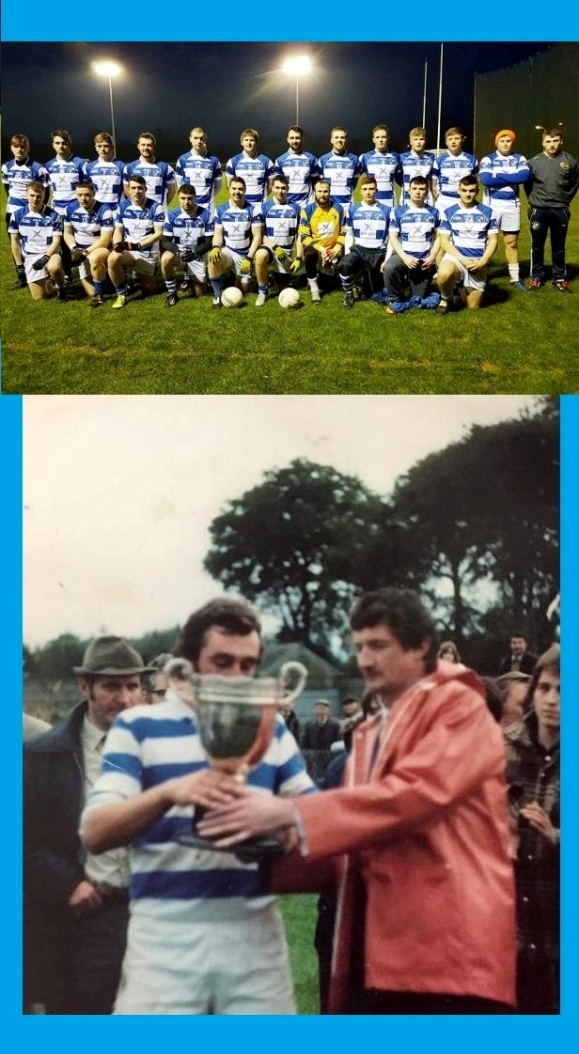 Formed in 1888, the club has a deep and proud tradition within the community and county. Since the clubs first recorded match against Leighlinbridge in early 1889 through to the present day, the club has evolved enormously, and today boasts enviable playing and clubhouse facilities at Rathcrogue, beside the new M9 motorway. However, during the early years it was very different from the modern set-up we sometimes take for granted. Indeed, it took the club 75 years to find the permanent home where it exists today.

The first Tinryland jerseys were white with a green sash. In 1930 the colours were changed to a blue and white hooped jersey and this format has continued to be the official colours up to present day. The change of colour was influenced by club player and official Fr Paddy Shine who taught in Knockbeg College during this time.

Following the clubs 10th championship win in 1950, few would have envisaged that further senior success would take another 21 years. The highlight of these lean years occurred off the pitch, with the purchase and development of the fields and clubhouse at Rathcrogue between 1964 and 1966.

The 14th and 15th senior titles in 1979 and 1981 greatly added to the clubs success during this period but regrettably it still waits to add to that tally. Another junior championship was added in 82 to round off another great period in the clubs history. Throughout these years the club was fortunate to have another group of high calibre players including the Doyle brothers, Pat and John; Tom Darcy; Liam Foster; Joe Walshe; and Tommy Dwyer. Dwyer has gained representative honours for not alone club and county, but also province and country. Tommy played for Ireland in the 3 test series against the Aussie Rules team in the GAAs Centenary year, 1984. The same year saw work completed on the new clubhouse which was officially opened on July 1st by GAA President, Dr Mick Loftus. The new clubhouse included facilities for handball, badminton and squash, together with new dressing room and shower facilities and a new Lounge Bar and Function Room.

Since the eighties Tinryland GFC has continued to evolve with the addition of a Ladies section and a burgeoning juvenile sector. The new pitch, that was developed in 2005 has seen the addition of state of the art floodlighting in 2006, and now offers a playing facility second to none. A weights room was added to the facility in 2008, and a 700m fully floodlit walking track opened in 2009. On the pitch, the seniors have been starved of success through the nineties and noughties but recent years have hinted at a revival after they reached the senior final in 2011. Unfortunately, they lost out by two points to current champions Old Leighlin.