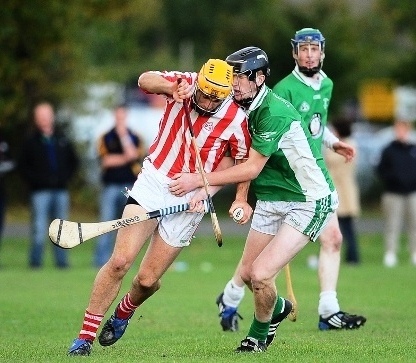 Tourin/Ballinwillin GAA Club is located in West Waterford, between Cappoquin and Lismore. The club goes by the name of Tourin in hurling and Ballinwillin in Gaelic football.

The Ballinwillin Football Club was formed in 1912. The colours worn were royal blue and white. The club won the 1912 Junior Football Championship defeating Kickhams of Waterford in the county final. This was actually played in 1913. The club then went out of existence. In 1940 the Tourin club was formed at a meeting in Tourin school house. Red and White were chosen as the club colours. Unlike Ballinwillin the new club became pre-eminent as a hurling club.

It won the 1941 county junior title defeating Ballytruckle in the final. It had further success in this grade in 1949 once more winning the county title. Junior at that time corresponded with the current Intermediate grade. The club now went senior and sensationally defeated Mount Sion by 3-7 to 2-5 in the 1950 county final.

The club's most well known players of recent years are brothers Shane and Darragh Fives who represent Waterford at senior level.