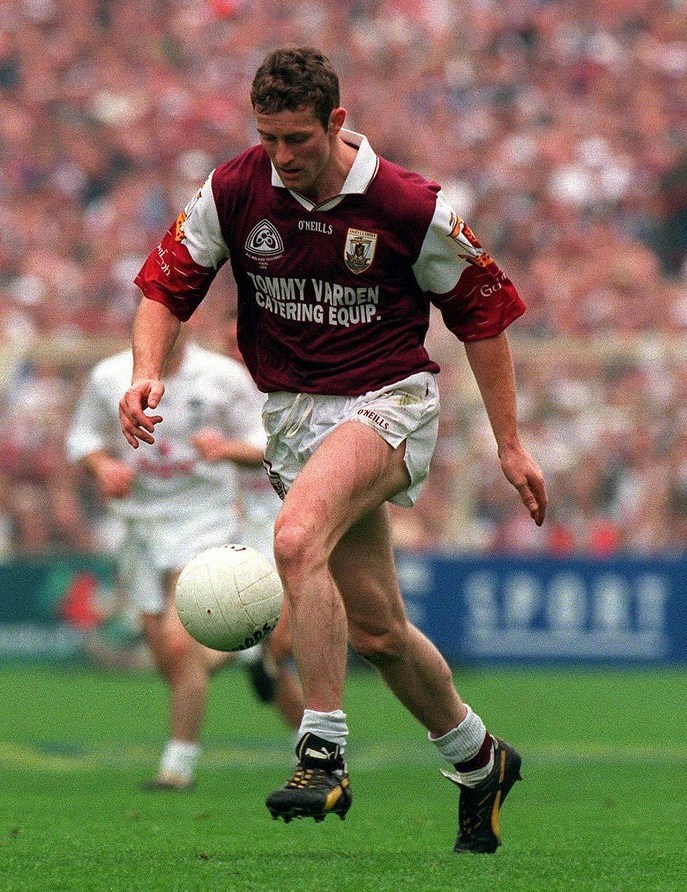 GAA club based in the Tuam area in County Galway. Founded in 1887, club colours are red and white. The club plays their home games at Tuam Stadium and Tuam Stars Grounds. Tuam Stars are a Gaelic football club and are one of the most successful clubs in Galway Football's history in terms of county finals won.

The clubs minor success of 1945 was notable for the presence of two young players - Seán Purcell and Frank Stockwell. The two who would become to be known as the "Terrible Twins", were to become a major influence on the fortunes of Tuam Stars and the history of the GAA in the future.

From the barren spells of the 1930s and 1940s, Tuam Stars swept all before them in a golden era. The 1950s were possibly the greatest and most successful in the history of Tuam Stars. Having won the Minor title in 1950 and 1951, the Seniors hit the top in 1952, winning the County Championship for the 13th time. After losing in 1953, the Stars returned to win the Championship again. It would be the start to a record Seven county titles in a row. This record sequence was the perfect evidence that the Terrible Twins were wreaking havoc amongst the ranks of Galway football.

Before 1994 the Connacht Title had eluded all of the senior winning Teams since the competition's inception. In 1994, they won the County title in style, defeating Corofin. After coming through the Connacht semi-final, they travelled to Aughawillan and beat the Leitrim Champions in their own back yard, coming from 5 points behind at half time. With the Connacht title secured, the Stars set their sights on going all the way. However, Derry & Ulster champions, Bellaghy put paid to Tuam's hopes in the All-Ireland Semi Final.

The success of that year saw the rise of Ja Fallon whose displays in All-Ireland Senior Football Championship 1998, especially in the second half of the All-Ireland final, should rank him as one of the greatest footballers ever to come out of Galway. Despite the success of that memorable year in 1994, Tuam have not secured another county title since.