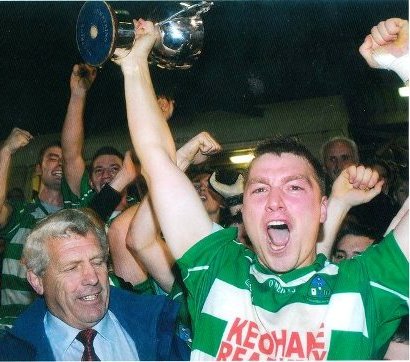 Valley Rovers GAA Club is a vibrant and successful Gaelic Athletic Association club in the parish of Innishannon in County Cork. Formed in 1919 when the two teams in the parish, Innishannon and Knockavilla, came together. The club jersey is green and white hoops. The club fields teams in hurling, Gaelic football, Camogie and Ladies' Football. It participates in the Carrigdhoun division of Cork GAA.

The club has enjoyed considerable success over the years. The club has a very even balance between football and hurling, both in terms of success on the playing field and in the relative emphasis placed on the two sports within the club. Furthermore, in recent years, the advent and growth of camogie and ladies' football has added a new dimension to the club.

The club caters from under 7's to Senior. The club's major highlights to date was the winning of the Cork Intermediate Hurling Championship title twice, first in 1989 and a decade later in 2009 and the Cork Premier Intermediate Football championship in 2009.

Cork football goalkeeper and All Ireland winner Alan Quirke is a member of the club.