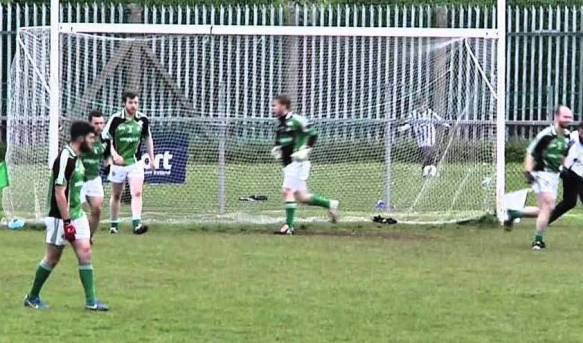 GAA club based in the townland of Derrymacash, on the southern shore of Lough Neagh close to Lurgan. It is part of Armagh GAA and plays at Raparee Park. The club takes its name from the republican leader of the 1798 revolution, Wolfe Tone. Founded in 1917, club colours are green and white.

Apart from the victory of a Tones-led selection in the 1943 Armagh Senior Football Championship final, defeating Crossmaglen, the club's highest point in sporting terms came in 1964, when the Tones lost by three points to Mullaghbawn in the SFC final. They had two other SFC final appearances, losing in 1967 to Crossmaglen by 9 points, and in 1973 to Clann na nGael by 15 points. The Tones have also won two JFC championships, in 1930 and 2000.

Paddy Moriarty, Armagh's first All Star is from the club. He played in Armagh's second All-Ireland Final in 1977.